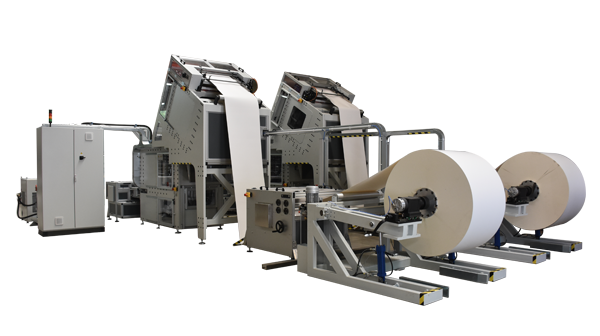 It is the most advanced machine model of the Novatec range, it has a single forming surface on which up to 4 moulds can be installed in line. The machine is able to form any type of food container up to a maximum depth of about 80mm.

Complex figures and "complicated" materials are managed thanks to the numerous peculiarities of the machine, including:

- Control system of the mobile pneumatic parts of the mould with variable pressure management according to the forming stroke;

- System for learning the depth of the installed moulds to adjust the opening of the moulding planes according to production requirements;

- Optical system for centring printed reels to die-cut the blank profile registered with the printed shapes; 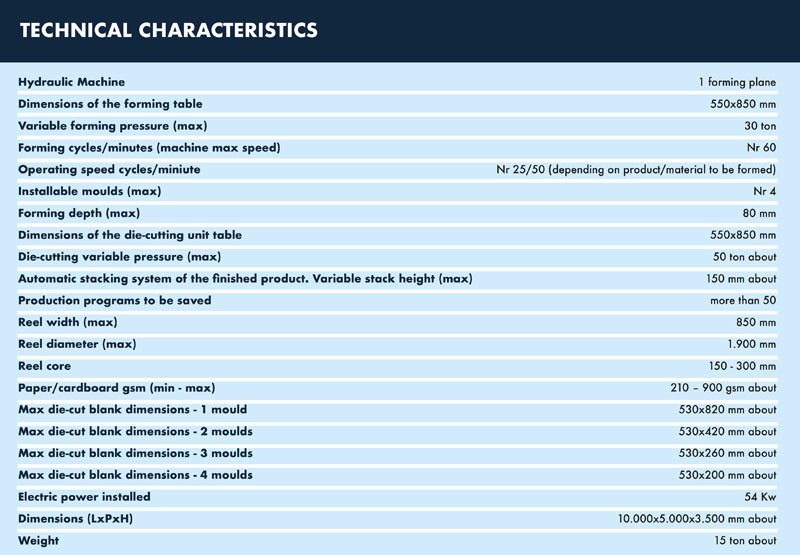 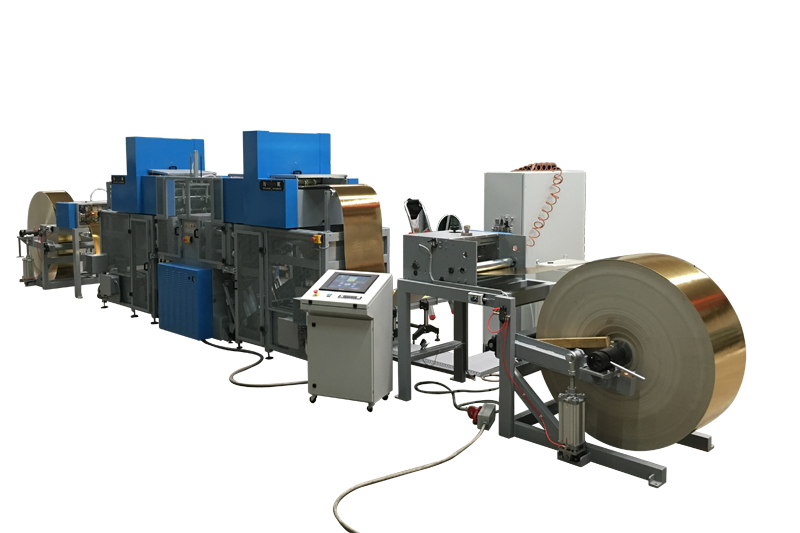