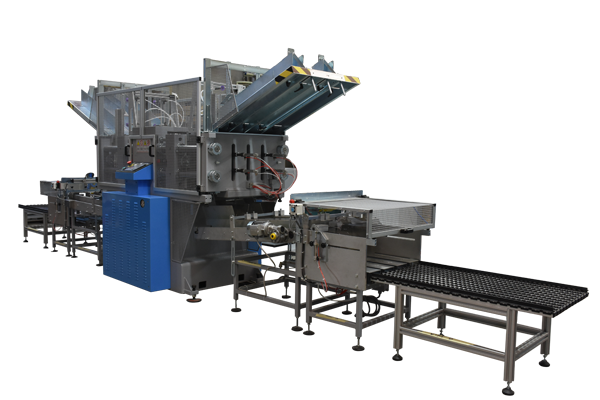 Hydraulic machine with two opposing forming planes; it is the most advanced machine model in the range and can produce any type of food container up to a maximum depth of about 60mm.

Complex figures and "complicated" materials are managed thanks to the numerous peculiarities of the machine, including:
- variable and programmable forming speed as required;

- control system of the mobile pneumatic partes of the mould with variable pressure management according to the forming stroke;

- machine tool size learning system, to set the forming parameters according to the actual stroke of the machine;

Equipped with outputs for automatic stacking and counting of finished products.

The opposing forming planes can be equipped with different moulds because the forming parameters are divided and can be adjusted individually for each machine side.

The machine is powered by die-cut cardboard (blanks) and can work (up to a die-cut of maximum dimensions 290x440mm or diameter 290mm) with 2 dies for each forming surface.

The feeding of the carton and the removal of the finished product are carried out without interrupting the production cycle of the machine which is controlled and managed by PLC.

The machine is also equipped with a programmable pre-heating system that allows you to have the system at the correct operating temperature without waiting for the start of the work. 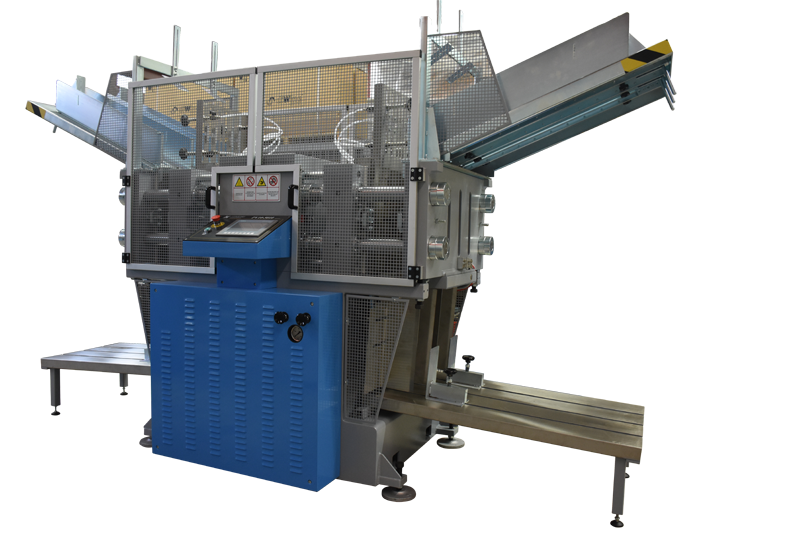 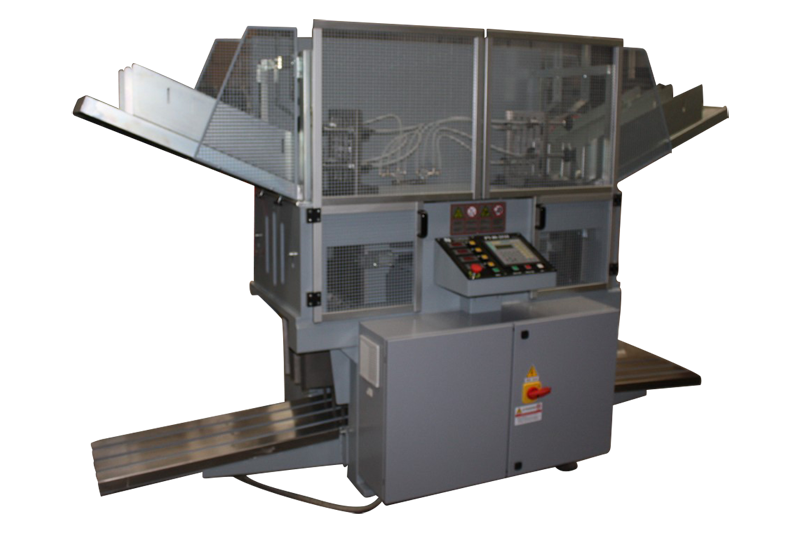